Friso has been working in the field of merger and acquisitions for more than 18 years. In 1992 he received his MBA degree from Henley and since 2002 he is a certified Register Valuator. Furthermore, since 2004 Friso is registered NMI-mediator (NMI is an abbreviation for ‘Nederlands Mediation Instituut’ which is the Dutch Mediation Entity). After completing his studies he worked as an account-manager at Rabobank and ABN AMRO before he joined the Corporate Finance team at BDO. During his first years, he worked mainly in Eastern-Europe, where his main focus was on private placements, feasibility studies and corporate restructurings.

Friso is involved in the entire M&A process, from strategic and financial analysis to valuations and (contract-)negotiations. He already accompanied numerous transactions to completion. Court Rooms and the Dutch Chambers of Commerce often request Friso’s help for stock valuations for a company during disputes as an independent third-party.

In 2005 he founded a mergers and acquisitions boutique alongside with Alexander Boissevain: AenF Partners BV. On the one hand, the emotion and involvement of entrepreneurs and on the other hand the lack of high-end advice for considerable charges were the main reasons to start AenF Partners. In 2016 Friso was elected the ‘acquisition advisor of the year’.

Friso is married and has three children. In his spare-time he likes to play squash, golf and hockey. 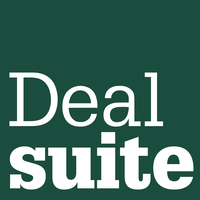